Psychologists say spending time on your smartphone scrolling through social media and replying to messages isn’t bad for mental health.

Analysing both Android and iPhone users, the British researchers found time spent on a smartphone to be a poor predictor of anxiety, depression or stress.

Worrying about how much time you spend on your smartphone – rather than actual time spent on it – is more likely to be the cause of any negative psychological impact, the experts say.

‘It is important to consider actual device use separately from people’s concerns and worries about technology,’ said study author Heather Shaw of Lancaster University’s Department of Psychology.

‘This is because the former doesn’t show noteworthy relationships with mental health, whereby the latter does.’

For their study, the researchers considered different ways of measuring ‘smartphone use’ through problematic smartphone use (PSU) scales, subjective estimates and objective logs based on screen time.

The first part of the study recruited 46 people who owned Android smartphones, who had their usage was tracked for one week.

For the PSU, participants rated the extent to which they agreed to several statements, such as ‘feeling pleasant or excited while using a smartphone’ on a six-point scale ranging from ‘strongly agree’ to ‘strongly disagree’, with higher scores indicating greater addiction risk.

For the second part of the study, 199 iPhone users were recruited, who completed an online survey asking them to report their smartphone usage from the ‘Apple Screen Time’ settings for the past week.

iPhone users were asked the same mental health questions as part one, completed the PSU scale and provided estimates of their usage. 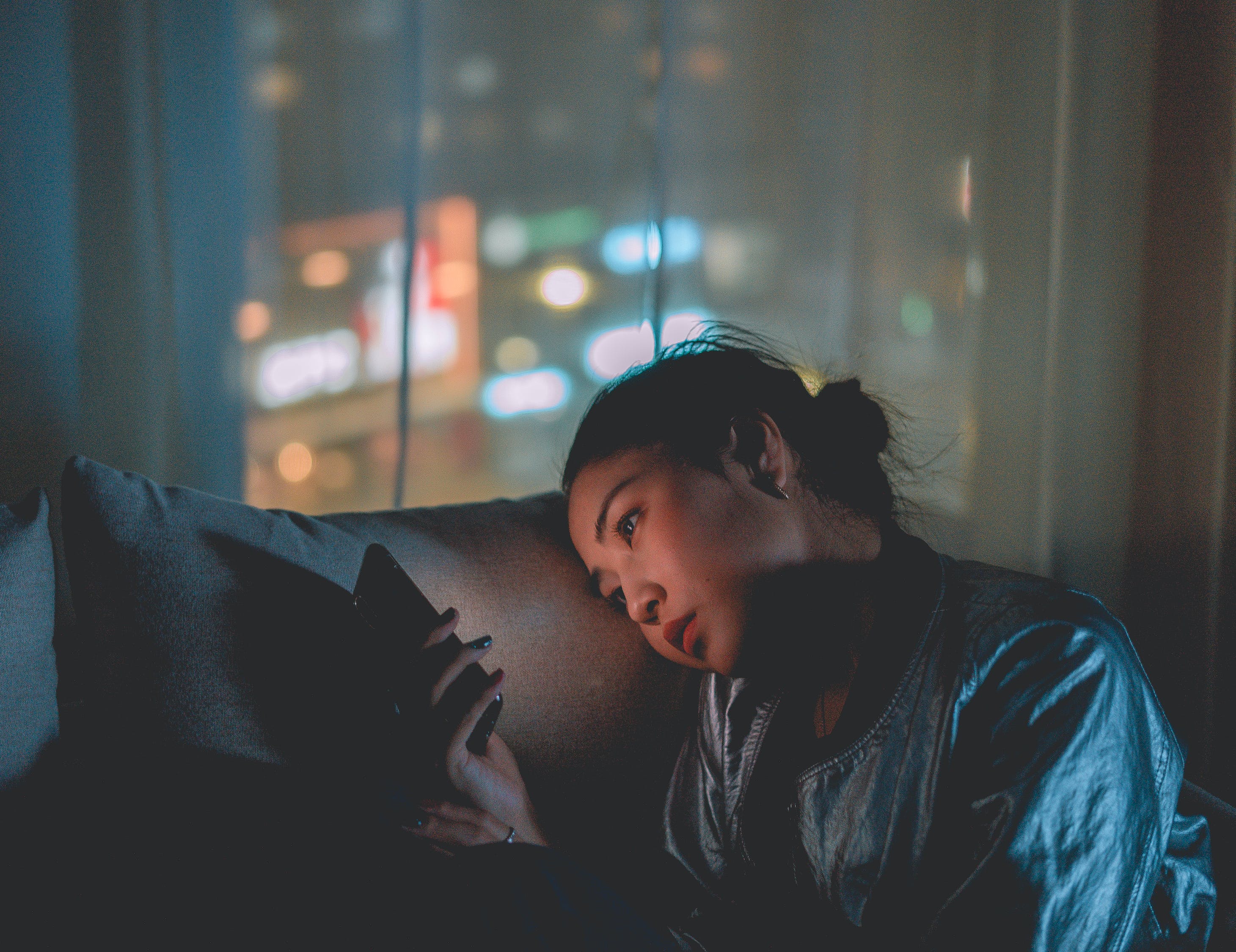 Picture by Mikoto.raw for Pexels

Despite the plethora of reports to the contrary, the amount of time spent on the smartphone was not related to poor mental health.

‘Additionally, those who exceeded clinical “cut off points” for both general anxiety and major depressive disorder did not use their phone more than those who scored below this threshold.’

Previous studies have uncovered the detrimental impact of ‘screen time’.

This new study shows that people’s attitudes or worries are likely to drive such findings and damage psychological well-being.

This is an important distinction to consider for experts who publicly stress the need to spend time away from their phone – especially during the current pandemic, the experts suggest.

In fact, reducing general screen time ‘will not make people happier’ during the Covid-19 pandemic, which is forcing more people to use phones and devices to stay in touch with friends, family and colleagues.

‘Our results add to a growing body of research that suggests reducing general screen time will not make people happier,’ said study author Dr David Ellis from the University of Bath.

‘Instead of pushing the benefits of digital detox, our research suggests people would benefit from measures to address the worries and fears that have grown up around time spent using phones.’

The study has been published in Technology, Mind, and Behavior.