People are constantly looking for ways to adopt healthier diets while also protecting the environment, and they hardly know where to start.

For Brew Kombucha founder Alex Glenday, it all starts with what we drink.

The self-taught brewer made her first batch of kombucha, a fizzy, fermented drink in her mom’s kitchen in 2015. Since then, she has built a thriving kombucha business that puts the planet first – all while juggling a successful modelling career.

In 2016, Glenday launched Brew Kombucha, South Africa’s first and only provider of certified organic rooibos tea kombucha. The company is committed to sustainability at every point of the production process. From carefully selected suppliers to certified organic ingredients and 99 per cent single-use plastic-free packaging made up of recycled materials.

“We have an opportunity to make an impact every time we choose one product over another. My goal was to find a way to make the choice easy, to create something that is sustainable, healthy and delicious all at the same time,” said Glenday.

Before launching her company, Glenday travelled the world for nine years, working as an international model. From runway shows and catalogue shoots to TV commercials, she didn’t live in one place for more than six months – the hectic lifestyle meant she had to find innovative ways to stay healthy.

“Kombucha was a perfect solution for me. Since it goes through a natural fermentation process, it’s imbued with natural probiotic properties, which help with digestion and it’s super energising.”

The idea to kickstart a kombucha company made perfect sense to Glenday when she returned to South Africa at the age of 26, and discovered that South Africa had not yet caught on to the fermented drink craze.

“Aside from missing my daily probiotic routine, I saw an opportunity to get ahead of the trend. Kombucha was doing so well in the States already and I thought, why not in Cape Town too?” she said.

Although she faced her fair share of challenges while getting started, Glenday’s background as a model has helped her transition into a successful entrepreneur. “In the fashion industry, I was constantly being analysed and rejected. I even had my eyebrows dyed blonde! All those things forced me to build a tough skin and empowered me to become confident in myself.”

“Starting a business in my 20s, in the brewing industry, which is hugely male-dominated I found myself in a few amusing, sometimes frustrating, situations. For example, I’d go to a warehouse that sells beer dispensing equipment and speak to the guy at the front and he would ask if I was looking for the cosmetics shop next door. And I had to convince him that, no, I’m in the right place, I need dispensing equipment,” Glenday explained.

At the time of Brew’s inception, the only commercial kombucha brands around were bottled in plastic and were generally volatile in terms of quality. This is part of what inspired Glenday to create a premium, South African product that took kombucha – and the environment – seriously.

Brew Kombucha’s founding concept is to care for the planet. While Glenday’s initial love of kombucha stemmed from the benefits it held for her body, her vision for Brew was to build something that she was passionate about beyond the product.

“I wanted to put an emphasis on not only what we put into ourselves, but what goes into the products we consume. Ultimately the environment is what supports all social and economic success. It needs to be the first consideration,” she said.

With a variety of Kambucha products now available in the country, Glenday is far from being worried about competition instead, she is excited about the possibility and potential that the industry has for growth.

“People are only starting to recognise kombucha as an everyday beverage now, which is great! When I started out, people didn’t know what it was. I would go hoarse at a festival trying to describe what kombucha was – that it wasn’t beer. I really just wanted people to try it.”

It wasn’t until 2019 when Brew was invited to the World Beverage Innovation Awards in Germany, alongside industry giants like Pepsi, Distell, Coca Cola that she knew people were catching on. Her company was recognised as one of three finalists for its corporate social responsibility and sustainability initiatives.

“I didn’t expect that, considering how small we were at the time, so it was really nice to get recognition for all the work we were doing to make Brew a sustainable brand,” said Glenday. 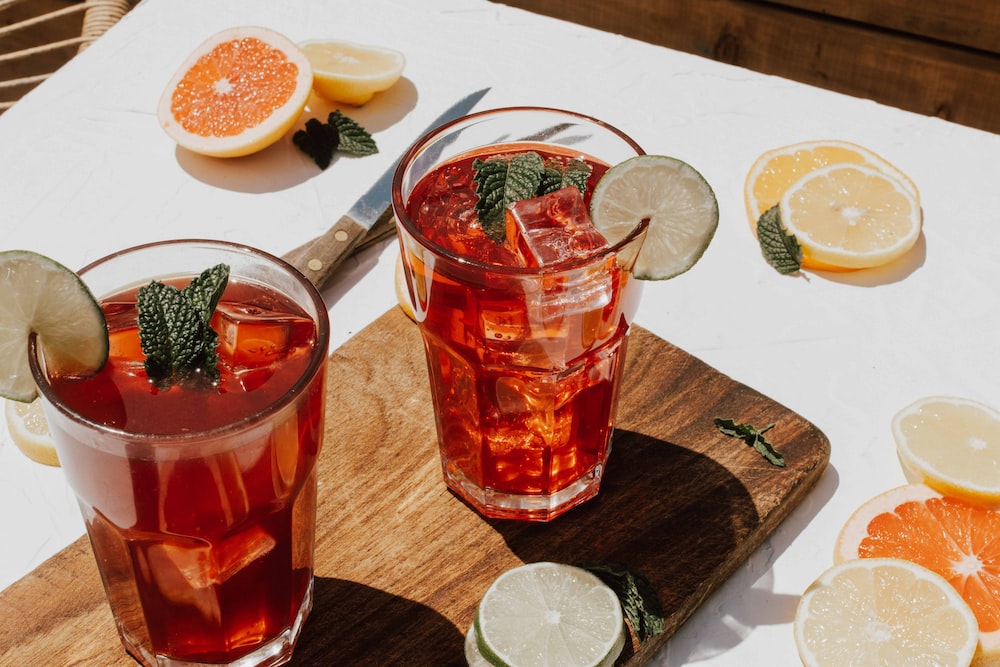 Photo by Katherine Sousa on Unsplash

Glenday encourages people to make positive changes in their lives as soon as possible. “Most of us believe that it would be incredibly difficult to do something that can change the world. In reality, the way that we – individuals, consumers – are going to make the biggest change is through everyday actions that have a long-term impact. It all starts with making a choice.”