One of the easiest ways to stay warm during winter’s chilly months is by drinking warm beverages.

Hot chocolate is easily the perfect winter beverage and swapping out the sugar for some marshmallows creates the perfect drink.

Marshmallows are also perfect as a snack and the main ingredient when making smores, so there are many reasons why making your own at home can be tempting.

A baker and popular TikTok creator has offered his simple recipe for whipping up the perfect homemade marshmallows.

Morgan Hipworth took to the video-sharing app to share a now-viral video showing exactly how he made the toasted marshmallows at home and insisted that his version was better than the store-bought ones.

In the fast-paced video, he can be seen soaking some gelatine leaves in a bowl of cold water until they soften.

Then over medium heat, the 20-year-old combined the sugar, glucose and water in a pot, then he cooked it for three to five minutes, or until the mixture reached 118 degrees Celsius on a sugar thermometer.

Next, he whisked the egg whites until the soft peaks formed.

Once the syrup reached 127°C, he squeezed the excess water from the gelatin leaves and quickly stirred them into the syrup along with the vanilla seeds.

With the mixer running, he added the syrup and whisked for a further 10 minutes or until cooled and thick.

He then transferred the mixture onto a large baking tray lined with baking paper, using a spatula to spread the top evenly, then he refrigerated the mixture.

In a separate bowl, he mixed together the icing sugar and cornflour to create the dusting sugar mix.

Here is how you can make the marshmallows at home:

In a pot over medium heat combine the sugar, glucose and water. Cook over medium-high heat until mixture reaches 118℃ on a sugar thermometer (3-5 minutes).

Soak the gelatine leaves in a bowl of cold water for 5-10 minutes or until soft.

In the bowl of an electric mixer fitted with the whisk attachment, whisk the egg whites until soft peaks form. Once the syrup reaches 127℃, remove the gelatin leaves bowl and squeeze out excess water and quickly stir into the syrup along with the vanilla seeds.

With the mixer running add the syrup and whisk for a further 10 minutes or until cooled and thick. Transfer the mixture of a large tray (approx 4cm deep, 8cm*15cm) lined with baking paper, smooth the top using a spatula and refrigerate for 2-3 hours or until set.

In a bowl mix together the icing sugar and cornflour to create the dusting sugar mix.

Cut the set marshmallows into squares and dust with the dusting sugar.

Toast over a flame and serve with the hot chocolate.

If you want to make your own hot chocolate, Hipworth shared his recipe on Instagram. 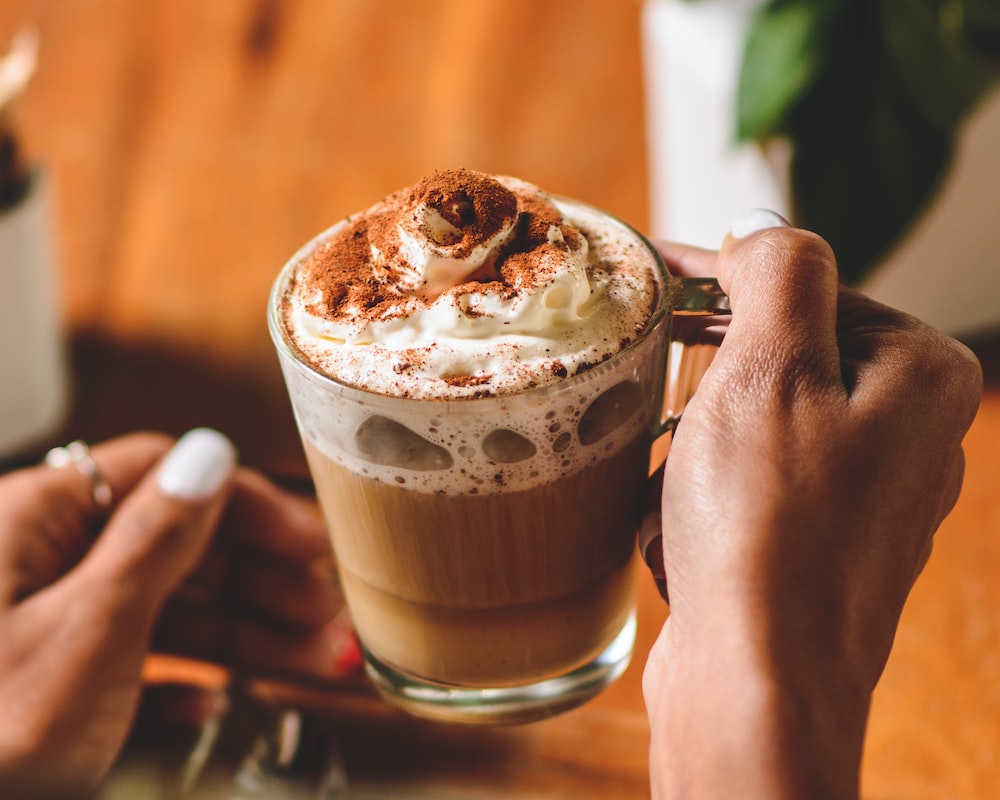 Photo by Kobby Mendez on Unsplash

In a saucepan over low heat combine the dark & white chocolate, milk and cinnamon sugar. Whisk constantly until the milk just comes to a simmer. Pour into a mug and serve with a toasted marshmallow.

Viewers were excited to try the recipe with one writing, “okaaaaay i eat clean usually but this is tempting me. (sic)”

Another wrote, “Yass would make the perfect late night snack while studying! (sic)”