Airline workers are known for always being put together and presentable when at work.

If you have ever been in an airport you would have seen that airline staff always looks smart and presentable – and now we know that there is a reason for that.

TikTok creator Kat Kamalani has gone viral after explaining the strict guidelines that come with being a flight attendant.

Kamalani uses her TikTok account to share some inside information on being a flight attendant and she also shares some tips on airport etiquette.

In one of her popular videos she explains the rules about each employee’s appearance – and even goes as far as to compare it to being in the military.

In the video she says, “So what most people don’t know is that you have to follow a super strict guideline when you’re a flight attendant, your airline gets to dictate everything from head to toe on the way you look.

“So your nail colour, hair colour, your lip colour, your make-up, the way your shoes look, your bags… every single thing,” she said.

“When I was in training, they had a whole entire team dedicated to the way you look and making sure you’re on point. You can’t have any tattoos showing, the length of your dress or your uniform, the way you tie your bow – it was super strict. I swear that I felt like I was in the military because of how strict they are,” she added.

“So being a flight attendant is super strict on the way you look,” Kamalani concluded in the video.

Her video left viewers shocked with some users asking her questions.

“So even just walking through the airport? What if you lost your bow or something and you were on your way to the bathroom to put on a new one etc?” one user asked.

Another person thought the guidelines made sense.

“It’s not shocking, it’s a business being run by professionals. You are a professional representing an airline’s company,” the user wrote. 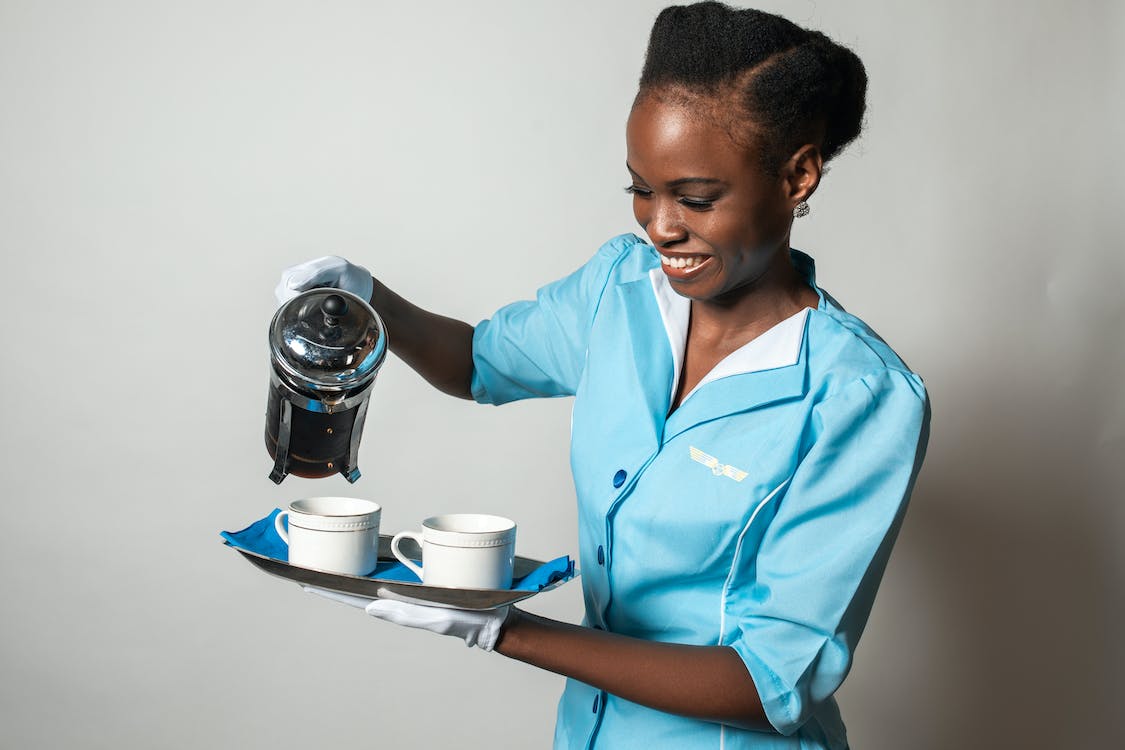 Photo by RODNAE Productions from Pexels

However, another user commented, “That’s so outdated! They should not be allowed to dictate that much.”

Kamalani does not disclose which airline she works for.